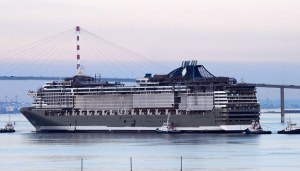 Gaddafi’s son wanted a luxury cruise ship because he was increasingly frustrated at not being able to charter ships at short notice.

Hannibal had planned to fit the ship out with amazing and huge statues, marble columns and even a glass shark tank!

The plan was to build a huge glass tank that was big enough to be home to six sharks. The tank would have been a 120 ton central masterpiece on board and would play host to two sand sharks, two blacktip reef sharks and two white sharks. 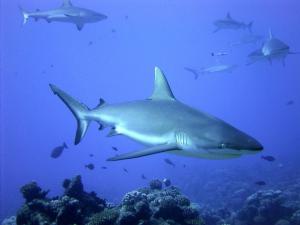 To keep the shark’s fit and healthy four biologists would have resided on board the ship which was due to be named Phoenicia, so they could care and maintain the health of the giant fish

Production on the vessel was stopped in June of last year and Hannibal was exiled to Algeria. MSC Cruises stepped in and purchased the vessel in a $460 million investment and have re-named her MSC Preziosa.

“They had great difficulty understanding that cruise ship holidays are sold a year in advance, so there’s no way you could ever find availability of a cruise vessel at the notice he gave.”