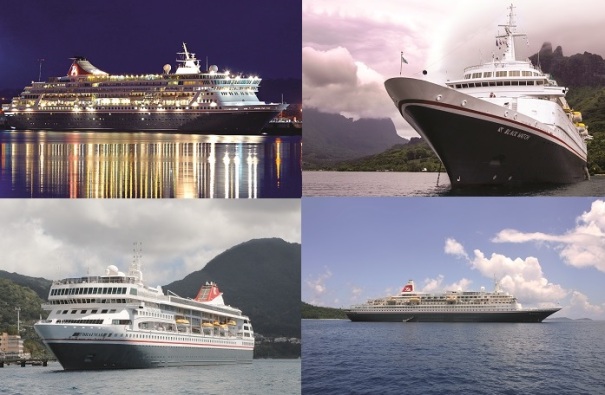 Fred. Olsen Cruise Lines has released its ‘Top Ten Special Event Cruises’ for 2017/18, all of which showcase its commitment to offering cruise guests ‘once-in-a-lifetime’ experiences! From the colourful Rio Carnival, the lively atmosphere of the Seville Fair to Norway’s National Day in Stavanger, Fred. Olsen has a host of unique cruise holidays that are sure to suit even the most discerning traveller.

Enjoy the annual Kings Day celebrations in Amsterdam, where the streets will be alive with locals and tourists enjoying the festivities and wearing their national colour, orange.

Be part of Seville’s most important event, the Seville Fair – take a horse drawn carriage through the festivities and watch the colourful displays of dance and theatre.

Be immersed in Norwegian tradition on a visit to Stavanger for Norway’s National Day, with live music, locals in traditional dress, flag-waving and a chance to taste local delicacies.

Take in the undisputed jewel in the Formula One crown – the Monaco Grand Prix, plus, with two full days in Nice, there is also the chance to watch the qualifying round too!

Working with the preferred tour provider, enjoy a host of shore and ship-based festivities to get in the America’s Cup spirit, ahead of two full days to watch the races.

Be part of one of the world’s largest sailing events, Kielerwoche (Kiel Week); relax by the harbour, admiring the boats and sampling traditional German food, drink and entertainment.

Enjoy the jovial atmosphere and admire over hundred classic sailing vessels at the Tall Ships’ Races spectacular regatta, which has been held annually since 1956, on a visit to Klaipeda in the Baltic.

Take advantage of an extended stay in Dundee in Scotland to see the famous Braemar Highland Games, which are attended each year by the Queen and Prince Phillip.

Enjoy a festive atmosphere on board this Christmas and New Year sailing, arriving in Funchal in Madeira for the impressive firework display to see 2018, in style!

Take in the euphoric atmosphere of the world-famous Rio Carnival with four days in the city to soak up the samba beats, vibrant parades, brightly coloured floats and thrilling performances.

If you have never cruised with Fred. Olsen Cruise Lines before, then the above itineraries give you the perfect opportunity to change that! I am a BIG fan of Fred. Olsen and my first cruise with the line was during Kiel Week back in 2014. It was a fantastic experience and one that I highly recommend. I’ve visited all 4 ships and cruised aboard Braemar, Balmoral and Boudicca, so if I can answer any questions for you, just let me know.