9 Things Only Cruise Lovers Will Know! 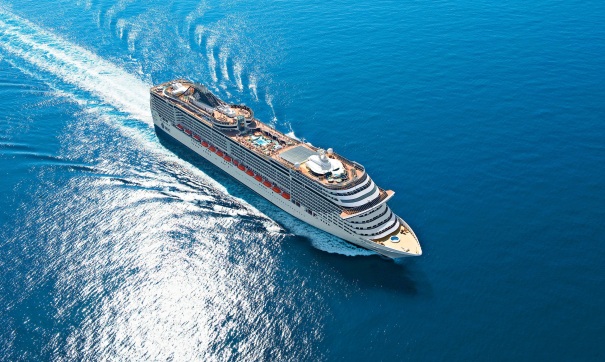 There are some places that you can’t drive to and don’t have an airport – meaning they’re only accessible by boat, and can be the exclusive haunts of cruise goers. What’s more, on a cruise ship you can travel there in luxury.

For example, an Amazon cruise is an amazing way to see for yourself how long this river really is. Or you could take the family to Disney Cruise’s exclusive island Castaway Cay in the Bahamas, which has plenty of Disney magic for the kids as well as more serene areas that are adults-only.

The VIP treatment can cost less than you’d think

You can get a good deal on a cruise and still get star treatment, and added extras won’t usually break the bank. For less than £10 per half day you can lounge in Princess Cruises’ Sanctuary, a child-free deck area with butler service and spa treatments.

It’s also worth travelling on smaller ships where the crew to passenger ratio is much higher as this gives you more personal attention, for an experience that feels close to ‘VIP’.

Cabins don’t have to be pokey

Obviously, the more you’re willing to pay, the more you get for your money in terms of onboard accommodation. Even if you can’t push to a suite, the rooms – or staterooms as many lines call them – can be surprisingly spacious, especially if you get a balcony room with large doors exposing open views.

Norwegian Spirit has a 281-square foot stateroom that is the same price as its other interior rooms, so it’s worth going over the ship plans to try and find the biggest. Some other interior rooms now come with virtual views so you have the illusion of more space, without paying the extra.

You’ll never be bored on board

For many, the main point of a cruise is to travel to lots of exciting, far flung destinations, but even during the port stops in between the options for things to do are seemingly endless. Some of the largest cruise ships, such as Royal Caribbean’s Oasis of the Seas and Allure of the Seas, are kitted out with full sized gyms, mini golf, rock climbing and even carousels.

Another winner on the entertainment front is Carnival Cruises, which calls its vessels ‘Fun Ships’ due to the shopping, spa and activity areas, big-win casinos as well as lavish shows put on daily.

There’s a cruise line that has activities and classes to suit you and your family, from Disney Cruises with entertainment for young and old to Cunard with high class entertainment for the discerning traveller.

Excursions of a lifetime

The best way to make the most of your time off the ship is with shore excursions, some of which are once-in-a-lifetime experiences, such as sledding with Alaskan huskies or zip wiring through the South American jungle.

You can even get to know the destination in a truly authentic way with host families taking you into their homes for a meal or activities like local dancing.

If you’re worrying about not having enough time to explore, cruise companies like Azamara Club Cruises provide a Destination Immersion experience. You’ll have more time to fall in love with the places you visit as they give you longer off the boat and more overnight stays on their voyages.

One of the most sociable holidays you can have

Making friends will fellow cruisers is so easy due to the range of activities and social areas to mingle with others, as well as the relaxing atmosphere of cruise ships which makes conversations flow. If you want to socialise as much as possible you can ask to be seated on a group table for meals and chat with different people every night.

The mix of passengers has changed significantly as cruise ships have modernised and provide state-of-the-art facilities that suit all ages and persuasions. Some have Wi-Fi so good you can stream music and videos, other have adult comedy shows aimed squarely at 18-30s. If cruises were the reserve of the older generation they wouldn’t install zip wires to whizz you from one end to the other or surf simulators on deck. So whatever age you are, you’re sure to meet likeminded people.

It’s great fun travelling on your own

Solo travellers can be very well catered for on cruises, which often have shore excursion escorts and host welcome events for those travelling alone as well as singles parties. On Crystal Cruises, solo travellers make up 25% of passengers for some trips and on ships such as P&O Cruises’ Azura there are dedicated solo cabins so you don’t have to pay a singles supplement.

There are just as many group activities designed to help people travelling on their own to find companions as there are programmes that don’t require partners, so you can enjoy your solitude while painting, wine-tasting or whatever you fancy.

Aside from buffets full of all types of international cuisine, the options for eating on a cruise ship are extremely wide. You can eat al fresco at restaurants on the deck and on some of the high-end liners they have dining establishments to rival the world’s finest.

For example, at Crystal Cruises Silk Road and the Sushi Bar, the food is created by chefs personally trained by the head of the famous Nobu Japanese-inspired restaurants.

Some of the most phenomenal views on the planet

For that wow feeling when you’re travelling towards your next destination and get the most incredible panoramic views, an airplane window simply can’t compare. And with some cruises the whole journey is a feast on the eyes, such as cruising through the Norwegian fjords or floating between glaciers and icebergs in Alaska.

3 comments on “9 Things Only Cruise Lovers Will Know!”