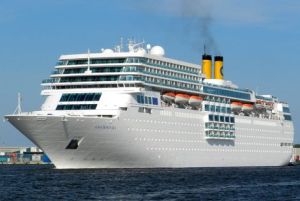 Costa Cruises has announced the beginning of a new style of cruising on board its ships with the advent of the Costa neoCollection. The new slow cruise collection is exclusive to the Italian Company which has always been an industry pioneer, having previously introduced the innovative fly+cruise packages, the Around-the-World voyage and grand cruises, mini-cruises and Mediterranean winter cruise holidays.

The Costa neoCollection is an invitation to make the most of every minute and holiday in a more leisurely way. This new type of cruise experience is tailored to suit individual tastes and let each person go at their own pace, both on board and ashore, making it ideal for couples and groups of friends.

off the beaten path and inaccessible to bigger ships. The itineraries are designed with longer stopovers in each port, often overnight and part of the next day to allow maximum time on shore and the chance to thoroughly explore each place en route. As cruising is not one size fits all, Costa Cruises has introduced a range of made-to-measure options, notably a series of specially devised shoreside excursions for small groups as well as fine gastronomic products based on the authentic taste sensations of the places visited.

The Costa neoCollection debuts on 9 February 2014 from Dubai with a special cruise on Costa neoRiviera, the latest addition to the Costa Cruises fleet. This one-off 62-day voyage of discovery, the Grand African Tour, is a totally innovative circumnavigation of the great continent offering a unique opportunity to combine the sea and the most beautiful Indian Ocean beaches with all the adventure of a safari in South Africa. Costa neoRiviera will also add a new dimension to cruising in spring and summer, sailing on 12-day itineraries to the most attractive destinations in the Mediterranean, away from the hustle and bustle of mass tourism. Starting 1 June 2014 and operating throughout the summer, the neoCollection style will also be present on Costa neoRomantica, with 13 and 15-day premium cruises in Northern Europe, beyond the North Cape or to the finest Baltic cities.

On the Mediterranean Heart itinerary on Costa neoRiviera, departing Savona from 11 April to 25 May 2014 and from 12 September to 4 October 2014, guests can visit Provence, including the pearls St. Tropez and Cannes, thanks to the stopover in Toulon. The overnight stay in Barcelona takes in the Catalan city’s pulsating nightlife while Porto Empedocle (Sicily) is the gateway for unforgettable tours to the celebrated temples in the Valle dei Templi, the archaeological sites of Segesta and Selinunte, Erice, San Vito Lo Capo and Modica. The next stop is Malta, followed by an entire day visiting the famed Amalfi Coast. Finally, Livorno is ideally placed for excursions to staggeringly beautiful cities that need no introduction, namely Pisa and Florence, the birthplace of the Italian Renaissance.

the epitome of a Mediterranean summer taking in the loveliest and most historically evocative islands in Mare Nostrum – Corsica, Sardinia, Sicily, Capri, Malta and the Isle of Elba – as well as the Amalfi Coast and the Côte d’Azur. With Savona as her homeport, Costa neoRiviera will head for Toulon (France), Propriano (Corsica), Olbia (Sardinia), Trapani (Sicily), Malta, Capri, Salerno and Portoferraio (Isle of Elba). The range of tours on offer on this cruise is quite extraordinary and includes seaside trips to inimitable gems like the Costa Smeralda, San Vito lo Capo, Positano, Amalfi, Portofino and the island of Favignana. 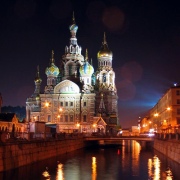 On 25 June and 2 and 26 August 2014, Costa neoRomantica is scheduled to sail from Amsterdam on the 13-day Northern Capitals itinerary. After stopping at Bornholm (Denmark), Costa neoRomantica will call at Helsinki (Finland) and the splendid, imperial St. Petersburg (Russia), where she will spend two days and one night. Next, Costa’s most elegant fleet member will head for quaint Tallinn (Estonia), Stockholm (Sweden) – where a visit to the old town with its medieval buildings and cobbled alleys is a must – and Visby (Sweden). The last port call is Copenhagen (Denmark), oozing history and tradition, with ancient buildings sitting alongside modern architecture and interior design shops.

Kingdom of Light itinerary, which will depart on Costa neoRomantica on 1 and 13 June, 21 July and 14 August 2014. This is a unique opportunity to visit unforgettable destinations where fjords, waterfalls and thick vegetation are the dominant natural features of the stunning landscape. Costa neoRomantica will leave Amsterdam bound for Norway with a stopover in Hellesylt, and from there to Geiranger en route to what many consider to be Norway’s most beautiful fjord.  The next port of call is the historic city of Trondheim followed by the North Cape, continental Europe’s northernmost point, where from May to July the Land of the Midnight Sun offers its most romantic natural spectacle. The cruise then moves on to Tromso, the famous base for many polar expeditions, surrounded by woods, fruit trees and flowers.  At the Lofoten Islands, amid peaks overlooking turquoise water and fishing villages, guests can unearth the real essence of natural Arctic splendour. The last calls are at Olden and Bergen.

Lastly, for anyone wishing to experience their shortest ever night and discover the icy kingdom, Costa neoRomantica is offering Beyond North Cape, an exclusive one-off cruise departing from Amsterdam on 7 July 2014. This is an extended panoramic voyage off the Norwegian coast, beyond the Arctic Circle, to the Svalbard Islands.