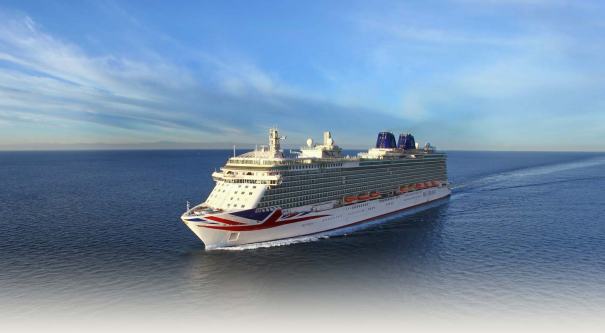 Guests aboard P&O Cruises Britannia were awoken this morning, around 1AM local time, to a man overboard announcement, 30 miles south west of Almeria, Spain. The ship went into a sharp 180 Degree turn and travelled back 2 miles before coming to a stop.

A coastguard helicopter was scrambled quickly and was soon on the scene overhead.

A small migrant boat from Africa was in trouble and although conditions were quite calm, Britannia provided shelter. There were 10 people on the small inflatable boat and they were all medically screened and given provisions onboard Britannia. A coastguard rescue boat was sent to the ship and the migrants were transferred and taken ashore in Spain. Their inflatable was towed by the coastguard.

The Captain made up good time following the incident, maintaining 21 knots and Britannia arrived in Gibraltar just 1 hour later than planned.

Britannia left Southampton on Friday the 13th and this wasn’t the first incident.

There was a medical emergency as the ship left Marseille. Britannia had just slipped her ropes when she had to go back alongside for an injured guest to be transferred to hospital.

In the early hours of the following morning, the Captain made an announcement that a helicopter was in-bound to airlift a critically ill passenger to hospital. This subsequently meant cancelling the port of La Spezia, however, Britannia arrived in Ajaccio instead and spent the night in port.

Britannia is due back into Southampton on October 27th.