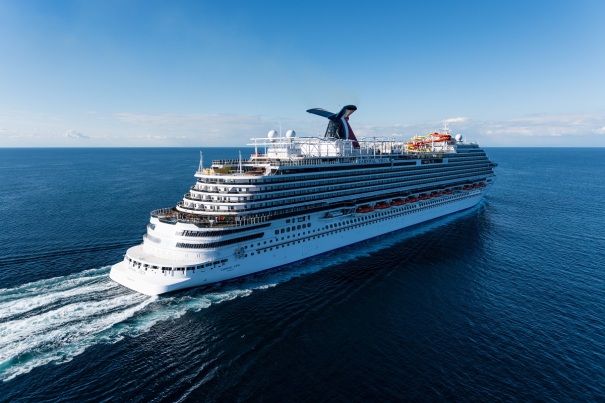 Carnival Cruise Line has assembled a wide array of exciting and diverse itineraries featuring breathtaking destinations throughout the Mediterranean and Caribbean for its newest fleet member, Carnival Horizon.

Currently under construction at the Fincantieri shipyard in Marghera, Italy, Carnival Horizon will offer many of the hugely popular indoor and outdoor dining, bar, entertainment and activity options that debuted on Carnival Vista, currently the line’s newest ship.

Among those is a groundbreaking bike-ride-in-the-sky attraction called SkyRide, an IMAX Theatre, a massive WaterWorks aqua park offering lots of splash-tastic fun, and a microbrewery where several kinds of beer will be brewed on board.

A wide range of accommodations will also be offered, including spa cabins adjacent to the luxurious Cloud 9 Spa and offering exclusive access and privileges, extra-roomy staterooms in Family Harbor, and tropical-inspired Havana staterooms and suites along with a Cuban-themed bar and pool for the exclusive daytime use of guests in Havana accommodations.   A variety of unique dining and bar concepts and spectacular outdoor spaces found only on Carnival Horizon will be offered and revealed in the near future.

Carnival Horizon will reposition to the U.S. with a 14-day transatlantic crossing departing Barcelona May 9 and arriving in New York on May 23, 2018.   Five stunning European and Canadian ports will be featured:  Malaga, Spain; Gibraltar; Lisbon, Portugal; and Vigo, Spain – Carnival’s first visit to the centuries-old seaside town – along with a stop at Halifax, Nova Scotia, Canada.

After arriving in New York, Carnival Horizon will offer an exciting summer schedule of eight-day Caribbean cruises operating round-trip from the Big Apple and featuring visits to Grand Turk; San Juan; and Amber Cove (Dominican Republic).  Departure dates include May 28, June 5, 13 and 25, July 3, 11, 23 and 31, Aug. 8, 20 and 28, and Sept. 5, 2018.  Additional departures from New York in summer 2018 are being planned and will be announced in the coming weeks.

Carnival Horizon will then shift to Miami and kick off a year-round schedule of six- and eight-day Caribbean cruises beginning Sept. 22, 2018. Prior to the start-up of this programme, Carnival Horizon will offer a special two-day cruise to Nassau from Miami Sept. 20-22, 2018.