I disembarked Queen Mary 2 on July 24th following one of the most incredible port arrivals I have ever experienced. Sailing into NYC had long been a dream of mine and I was not disappointed. The Verrazano Bridge glimmered in the distance and before long, the Statue of Liberty and Manhattan skyline also came into view – the whole experience was simply fantastic. They say that the best way to arrive in NYC is by ship and they weren’t lying. I hope I’m lucky enough to have that same experience again one day and I’m sure if I do, it will be just as magical as it was the first time. 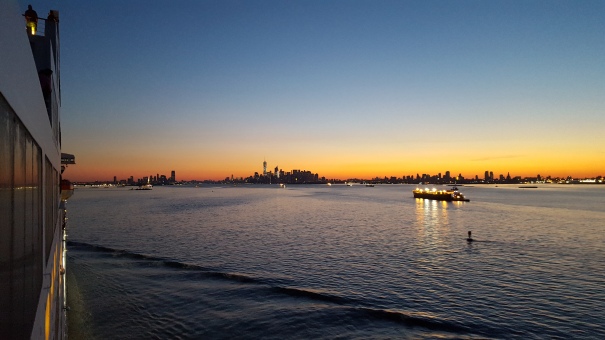 I’d opted for self-disembarkation and it was as easy and straight forward as I’d hoped. I was off the ship, cleared by U.S. immigration and in the terminal car park within 30-minutes of arriving at the onboard meeting point, The Queen’s Room.

Once I left the ship, I was swiftly scooped up by my friend and fellow travel blogger, TravelShopGirl. We hired a convertible Ford Mustang through AVIS for our adventure and what a car it was! The heat and humidity on the U.S. East Coast was intense to say the least, so being able to have the top down on the car was a real treat.

We left the Brooklyn cruise terminal and set off on the journey to Atlantic City, stopping several times en route to grab cold drinks and take photographs. We also made a pit-stop on Staten Island so that I could see a large painted mural that had been put up in memory of Angela Raiola. Angela, or ‘Big Ang’ as she was known, appeared on a show I used to watch called Mob Wives, but unfortunately she passed away from cancer earlier in the year.

Eventually, the Atlantic City skyline appeared at the end of the freeway and it was time to check-in and explore! We spent the night at the Golden Nugget Resort and Casino, which was huge. We had a double queen room and a great view across the outdoor pool. We explored the Casino, having a flutter on a few slots and a cool drink, and then made our way down to the boardwalk. It was still unbearably hot outside, so we didn’t stay out on the boardwalk for long, but it was fun and full of life. Ready to cool down and eat, we returned to the hotel and ordered food and drinks from the Deck Bar. The Deck is across the street from the hotel, but is part of the same complex. We had front row seats to several super-yachts, the drinks were tasty and the food was good, there was even live music which added nicely to the overall atmosphere. Just to be clear, the pretzel on the menu at The Deck is 28oz – double check the size of what you order before you actually do order it! When it arrived at the table I literally didn’t know what to say or how to react. Our short time in Atlantic City and our evening by the water was the perfect way to end the first day on our mini East Coast road trip. 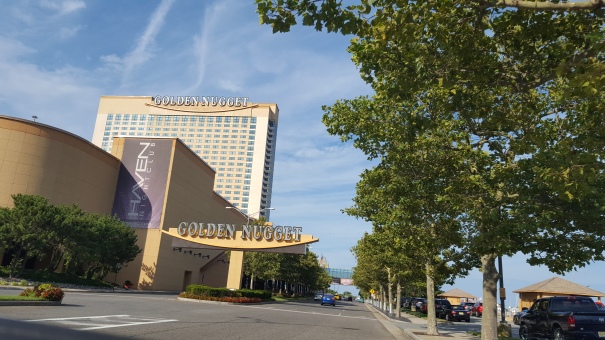 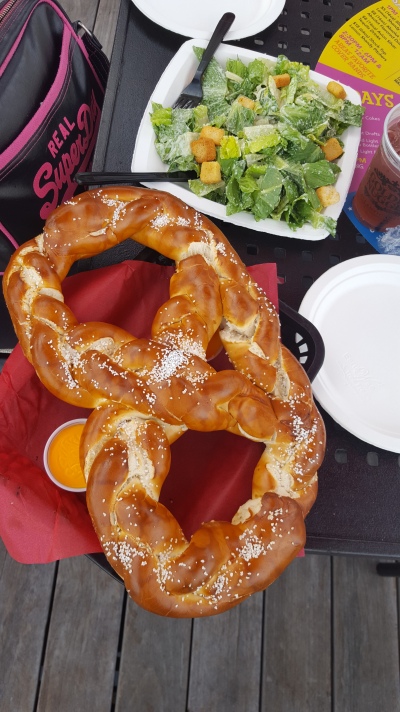 Golden Nugget also offers the Haven Nightclub, H2O Pool and Bar, Chart House, High Limit Slots, The Chocolate Box, Bar 46, Rush Lounge and Vic & Anthony’s Steakhouse – in short, it has everything you need, in one location.

The next morning brought an almighty thunder storm, but it soon passed and we were up, dressed and back in the car, ready for the several hour long journey to Harrington in Delaware. Before really hitting the road, we needed to eat and our choice that morning was IHOP. I’d never been before, but my friend always rants and raves about how good it is, so finally it was my turn to tuck in. I was super hungry and wanted to try a bit of everything, so that’s exactly what I did. I ordered a combo option, which included eggs, hash browns and sausage, and a generous stack of pancakes. I certainly couldn’t eat it all, but it had seemed like a great idea at the time. I have to say that it was the best breakfast I had on the entire trip. I’d really wanted to visit another IHOP during our time in America, but we just didn’t get the opportunity.

Once refuelled, we hit the road for a short time before stopping at Wildwood on the Jersey Shore to stretch our legs. The boardwalk there is certainly worth seeing. It was incredibly busy and full of life, and a great place to stop and grab some refreshments. I loved it and had it not been so hot, I would have walked much further than we did.

Our reason for visiting Harrington was for the annual Delaware State Fair. We arrived a little later in the day than anticipated, but we were both glad to be honest as by now the sun had started to set and although still incredibly humid, the air had cooled a little bit. We spent a few hours at the fair, petting the animals and then enjoying the atmosphere, sights, sounds and smells. I even tried my first ever corn dog – not something I’d recommend – however, I would definitely recommend the french fries from Outlaw Fries, they were SO good! I love a good fair, we have one every year in my city, but it was interesting to see how things differ – we don’t have deep fried oreo’s here, that’s for sure! During our stay in Harrington we spent the night at the Holiday Inn Express & Suites, which was ideally located just a short drive away from the fairgrounds. I was quite impressed with the hotel, I have to be honest. The staff were incredibly friendly, the room was large and we had a great view over the pool. The room also had a rather intense air conditioning system, much too my delight! 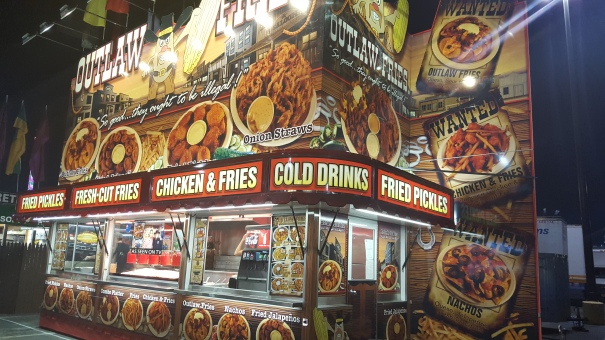 Next, we would head for Washington D.C….