Woman Swims Out To Sea To Catch Cruise Ship 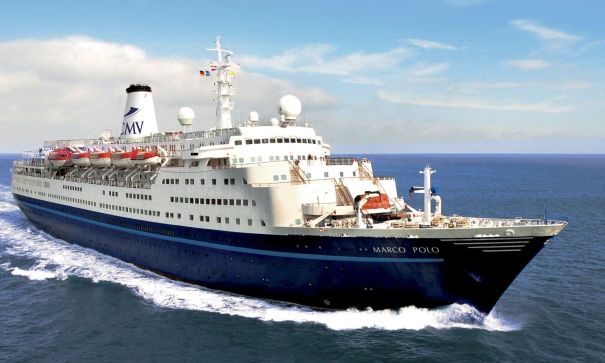 A British woman has been rescued from the Atlantic after trying to swim to join the cruise ship Marco Polo when it left port without her.

The woman, who was travelling with her husband, is believed to have been on the first day of her holiday when an argument led to them both buying tickets to fly back home. After arriving at the airport, Mrs Brown was convinced that her husband had in fact re-boarded the ship and took the decision to jump into the icy waters and swim out to catch it.

Mrs Brown is now recovering in hospital in the Madeiran capital of Funchal after being rescued by fishermen 500 metres out to sea and suffering from hypothermia.

She was reportedly clinging to a small handbag when she was pulled out of the water around 8pm on Saturday evening.

Funchal port captain Felix Marques told local press that the woman had been a passenger onboard the Marco Polo, operated by Cruise & Maritime Voyages, with her husband. She was 500 metres out to sea when local fisherman heard her shouting and ultimately rescued her.

Following her rescue, she was rushed to a hospital intensive care unit, but it is believed that her condition has improved since.

Local reports said her husband, who HAD re-boarded the vessel, was likely to abandon the ship and return to Madeira so he could be with his wife.

I’m quite baffled by this one – the woman must have been incredibly scared at the thought of being alone to then take to the water and try to swim to the ship!