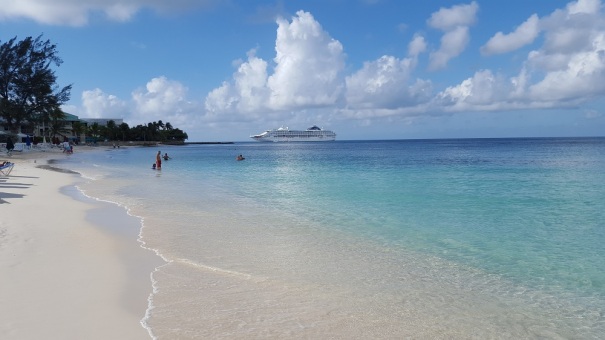 Jamaica was another hot and sunny day and I was met at the port by my guide for the day, Marsha. We left the ship behind and drove Downtown, which was a fantastic experience! This is where the locals like to do their daily shopping and it was a real glimpse at typical Jamaican life. Next, we drove to the ‘Hip Strip’ and made a stop at Doctor’s Cove beach. If you are ever in Montego Bay, then you MUST visit here! It was absolutely incredible – the clearest, bluest water I have ever seen in the Caribbean and the beach itself wasn’t overcrowded. We spent a short time here before moving on to the world famous Scotchies Jerk House.

I was somewhat apprehensive as spicy food and I don’t get on very well, but it was delicious and far from what I had expected, although I will be honest and admit that I didn’t add any of the famous sauce, I just had my chicken as it came, off the bbq. This is another place that I would highly recommend and it’s not too far from the port, in fact, if you wanted to visit Rose Hall (which I also did) then you could get a taxi there and walk to Scotchies, or vice versa. To accompany my jerk chicken, I tried rice and peas, and bammy – deep fried plantain. It really was yummy and had we been in port longer, then I would have found my way back there for dinner. 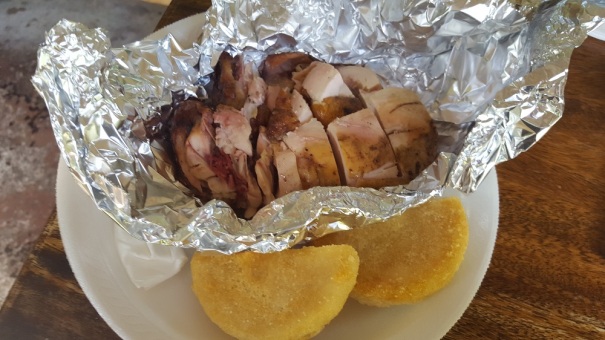 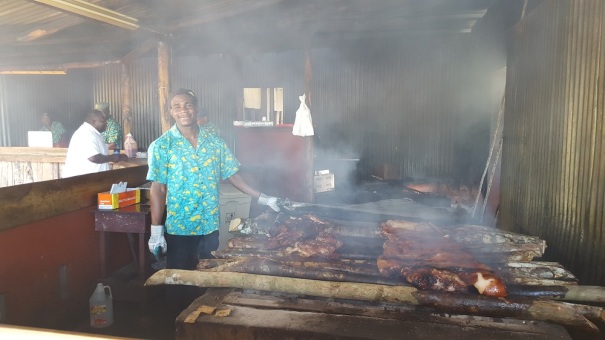 We left Scotchies behind and made the short drive to Rose Hall – also known as the Annie Palmer House. It was quite busy, but we managed to get in and have a look around. It was smaller than I had expected, but the tale behind it was one that kept you gripped with suspense. The views from the upper windows were breath-taking, you could see right down to the clear blue waters of the Caribbean Sea. This was my second visit to Montego Bay and by far the best. I really felt like I go to see so much of the area and up until this point, it was my favourite port of call – it would soon be taken over by New Orleans! If you are ever in Jamaica and want ideas on things to do, then check out the Visit Jamaica website. 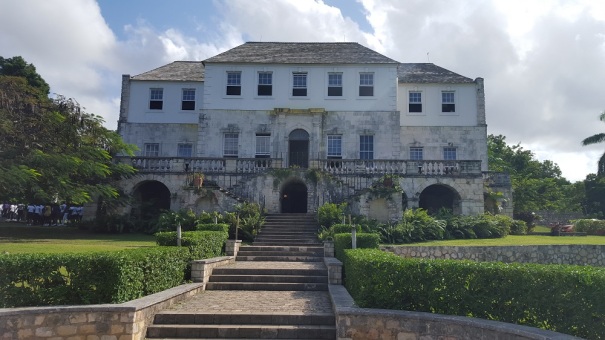 Our next port of call was Grand Cayman and I spent the day at the Marriot Grand Cayman on Seven Mile Beach. I had been counting down to my time here as I knew it was going to be a great beach day and I wasn’t disappointed. The water was crystal clear and there were several rather large fish swimming in and out of the bathers – I had never experienced that before so it was a nice treat. I could have quite happily stayed there all day, but after a few hours I made my way back towards the port for dinner and some shopping. 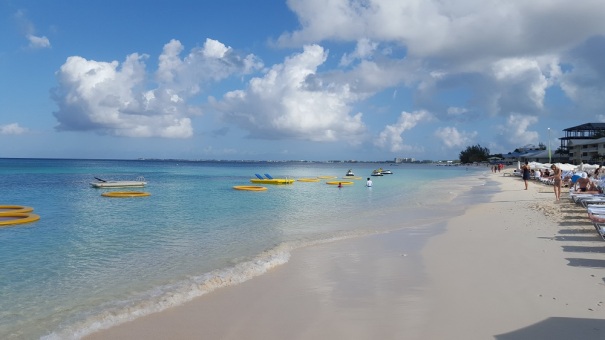 Cozumel, Mexico was next and a day with Cozumel Bar Hop. I missed out on doing a tour with these guys a few years ago, but this time I was booked in advance and ready to see what all the fuss was about. There were 7 of us in total (a few people failed to turn up and Carnival Triumph never made it to port), so it was quite a small group. We met at Senor Frogs and then hit the road. We visited the eastern side of the island, which is pretty much uninhabited aside from one hotel and a few beachside bars. At each stop on the tour you get a complimentary drink, after that you cover your own tab for additional drinks and food. These were the bars we visited and the drinks we received:

My favourite drink was by far the Mayan Sacrifice, it had notes of liquorice and really went down well, so well that I ordered another one! My favourite of all the bars was probably joint between Coconuts and Rastas. I had shrimp quesadillas at Coconuts and they were absolutely delicious! I would do the Cozumel Bar Hop again in a heartbeat, so if you are visiting anytime soon then check out the website and consider spending the day with these guys, it really is worth it! 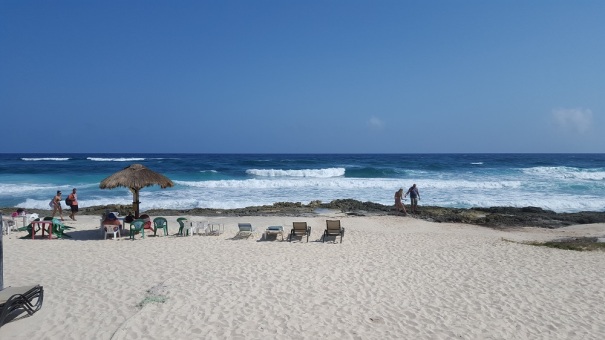 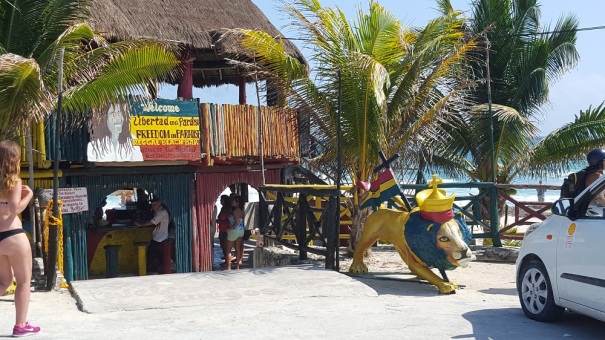 Finally, we had a much needed day at sea, I love several ports in a row, but next on our itinerary was New Orleans and I desperately needed a break before arriving there.

I don’t even know where to begin with New Orleans. It was one of the main reasons for me booking this cruise and I was desperate to get ashore! The immigration process was faster than I had expected and before I knew it I was exploring the Big Easy. I walked to the French Quarter and explored the French Market, local stores and of course, Bourbon Street. I walked back to the ship along Canal Street and then along the riverfront. I freshened up and then jumped on the trolley bus back into the French Quarter to experience Bourbon Street in the evening. It was a fantastic night and one that I am never likely to forget! It wasn’t entirely what I had expected, but it was a lot of fun and very busy. I tried a Mardi Gras cocktail in Fat Tuesdays, the infamous Hand Grenade in Tropical Isle and the Jester at Jesters. As the early morning hours crept up on me, it was time to head back to the ship and call it a night. The following day I explored some of the Lower Garden District, I had wanted to visit the Lafayette Cemetery, but unfortunately time wasn’t on my side – so that is something to do the next time I visit.

Today we are at sea and our next port of call is Key West. I will check back in with you all again very soon!

I can’t add all of my pictures to the blog, but feel free to follow me on Instagram as I will add more there over the coming days and weeks – Instagram.com/CruiseMiss