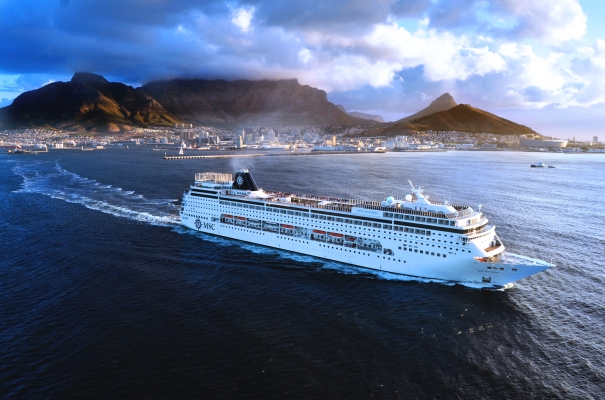 MSC Cruises, MSC Sinfonia has arrived at the Fincantieri shipyard in Palermo, Sicily, to begin her lengthening process – she is the second of the lines four Lirica-class ships to undergo the transformation so far.

The work to lengthen and refit the vessel over the next 10 weeks will now include the addition of dedicated kids’ club areas from LEGO and Chicco – extending the exciting brand partnerships that were first introduced on sister ship MSC Armonia.

The €200 million ‘Renaissance project’ is upgrading all four of MSC Cruises’ smallest, Lirica-class, ships with the addition of new pre-built mid-sections to add balcony cabins, plus comprehensive onboard enhancements.

Fincantieri’s world-class marine engineers will carefully bisect MSC Sinfonia’s hull, after which the two halves of the ship will be slowly drawn apart. On 20 and 21 January, a 2,200GT, 24-metre midsection containing 193 extra cabins will then be inserted into place. Then they will refit and renew much of the ship’s interior, bringing an enhanced sense of comfort and space. 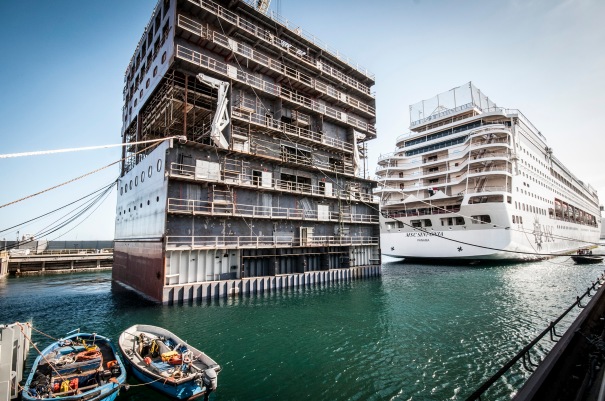 Before MSC Sinfonia’s arrival, Fincantieri’s preparations were already well under way for the work onboard and in the shipyard. On January 9, the new midsection was floated into the shipyard and hauled into the dry-dock area where MSC Sinfonia will remain for the duration of her stay.

Once the work is complete and sea trials completed, the larger, smarter MSC Sinfonia will weigh anchor from the shipyard on March 25 for Genoa, from where she will begin a maiden cruise to Ajaccio, Barcelona and Marseille.

MSC Cruises has also reimagined the onboard dining experiences, keeping the buffet open 20 hours per day and installing fresh new dining spaces, a brand new lounge and an extended restaurant.

MSC Sinfonia’s MSC Aurea Spa will also be enriched with additional massage areas, and a new outdoor spray park will be added on deck 13 – an exciting series of playful water features and jets.

The remainder of the Renaissance Programme will progress according to the following schedule:

MSC Cruises currently carries roughly 40,000 guests per day, but by 2022 will double its capacity to 80,000 guests a day – 3.4 million per year – once the Renaissance Programme is completed and the last of seven planned ships is delivered.