Port Planning With A Difference

In the past I would rarely plan much for port days, aside from booking the odd one or two shore excursions I would never do too much in the way of planning for days where I had opted to just do my own thing.  I would obviously have a quick scan online if I was totally unfamiliar with the place but other than that I enjoyed just seeing where I ended up once I got there.

I had always done this up until my last cruise which was the 35-night Caribbean voyage. For this my friend and I really did our homework and we planned out every single port of call apart from Ponta Delgada. It was nice because we had so many different things to look forward too rather than having one or two and then the rest being a mystery.

We trailed the usual travel websites and found ideas, recommendations and tips from others then we looked for things slightly more off the beaten track. We really had a mixture of everything and for me personally two things helped a great deal. Google Earth and live webcams.

I lived on Google Earth, the street views for some ports were not available as “real life” but others were and it meant I could literally plan my route from the ship to where I wanted to be walking it via the laptop. The best one was Cozumel, it had everything I needed on the street view to plan my various routes and that’s exactly what I did. 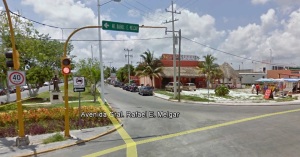 give it a try. For some people even though they are excited to be cruising, the arrival into a foreign port can sometimes create a little apprehension, which is only natural when experiencing something new. I think having the option to see things at ground level, just as you would when walking down the street could give that added sense of security because they arrive now to buildings and streets they maybe recognise.

This is where the webcams come in useful too. You can use them in the same way the only difference being these are obviously live, moving images so you really can see what’s going on. Some ports and cities offer cameras in various locations or with different angle options so again you can really have a good look at the area and get a feel for where you are going. It’s not a tool you can rely on entirely as obviously it is not updated as frequently as a travel guide or website but it can offer some good ideas.

It’s not going to be everyone’s idea of fun but it’s something a little non-conventional. Give it a try, download Google Earth, type in where you want to go and enjoy!

2 comments on “Port Planning With A Difference”