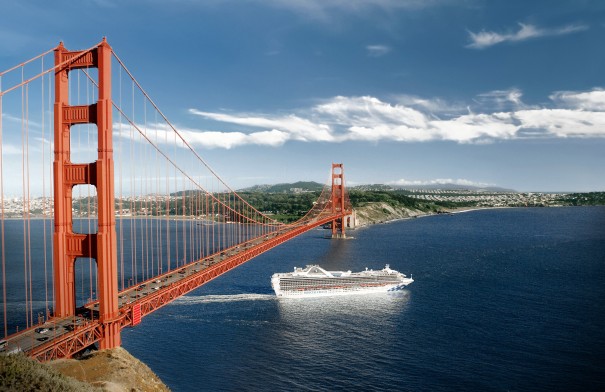 Princess Cruises has announced its largest ever west coast deployment for 2020-2021, to destinations including Hawaii, the California coast and Mexico.

A range of Hawaii options are open to guests, with roundtrip cruises available from four ports – Los Angeles, San Francisco, Seattle and Vancouver – and sailings to destinations including Maui, Oahu, Kauai and Hilo.

Emerald Princess and Star Princess will offer a 28-day Hawaii and Tahiti cruise roundtrip from Los Angeles, featuring visits to Tahiti, Moorea and an overnight stay in Bora Bora, plus Pago Pago and Samoa in addition to the Hawaiian Islands.

During days at sea, guests can experience the Hawaiian and South Pacific cultures onboard with activities including lei-making, ukulele playing, hula dance lessons and Polynesian language classes.

A variety of voyages along the California coast will be available including seven-day cruises from Los Angeles on the 3,560-guest Royal Princess and seven-day cruises from San Francisco on Ruby Princess and Star Princess. Guests can experience coastal towns and cities including Astoria, San Diego, Santa Barbara and Monterey. A Grand Princess 10-day option from Vancouver also includes stops in San Francisco and Los Angeles.

On land, Princess Cruises has developed exclusive culinary shore excursions in Santa Barbara, San Diego and Ensenada, as well as trips to the California wine country, visiting local vineyards and winemakers throughout the region.

Royal Princess will offer 25 cruises to the Mexican Riviera from Los Angeles, including seven-day options to destinations such as Cabo San Lucas, Mazatlán and Puerto Vallarta. Shorter, five-day sailings to Cabo San Lucas are also available with an overnight stay so guests can spend more time in port.

Ruby Princess will be based in San Francisco and depart on three 10-day cruises to the Mexican Riviera from the port of San Francisco including a sailaway under the Golden Gate Bridge. In addition, Emerald Princess and Star Princess will sail on five, 10-day Baja Peninsula & Sea of Cortez voyages, visiting Cabo San Lucas (overnight), La Paz, Loreto and Puerto Vallarta, roundtrip from Los Angeles.

Princess’ ships in Mexico will offer locally-inspired food and drink with menu items such as ceviche, tacos and mole, as well as margaritas and a premium tequila tasting. Meanwhile younger cruisers can enjoy Mexican arts and crafts while learning about the traditions and customs of the places they’ll visit.