Over the last 6 years I have snapped so many images of cruise ships that I have completely lost count of how many I actually have!

Although I can’t remember every single one, there are some I could never forget. I shared my History of Cruising with you in pictures several months ago, but this time I am sharing my favourite ship shots………I said SHIP! – I hope you enjoy them! 🙂 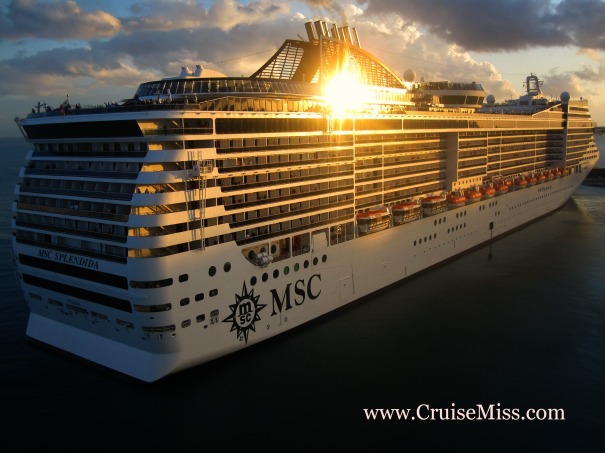 This is my absolute favourite! MSC Splendida docked in Katakolon, November 2011. We were leaving the port just ahead of her, as we passed the sun was literally bouncing off her starboard side so I grabbed the camera and this is what I captured! 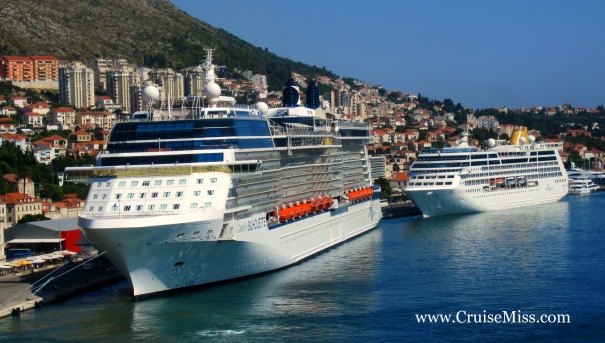 This image was taken in Dubrovnik, July 2012. Celebrity Silhouette and P&O Cruises, Adonia. I like the little and large aspect of this image. 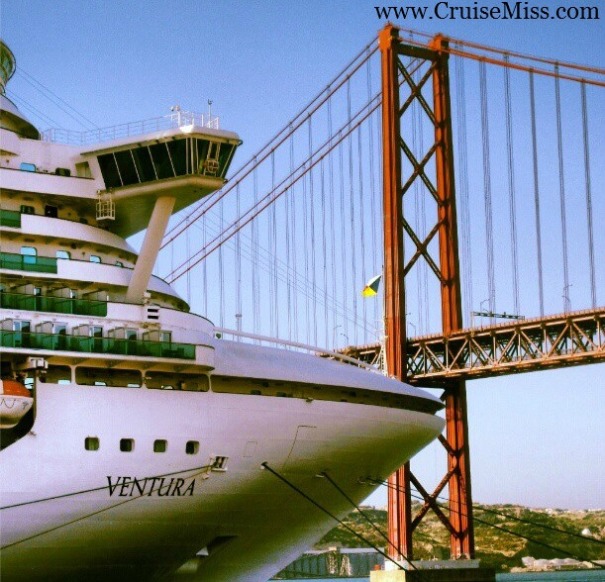 I was on a Canary Islands cruise in September 2011 and one port of call was Lisbon. As we left Ventura and made our way along the dock I looked back and this is what my eyes were graced with. 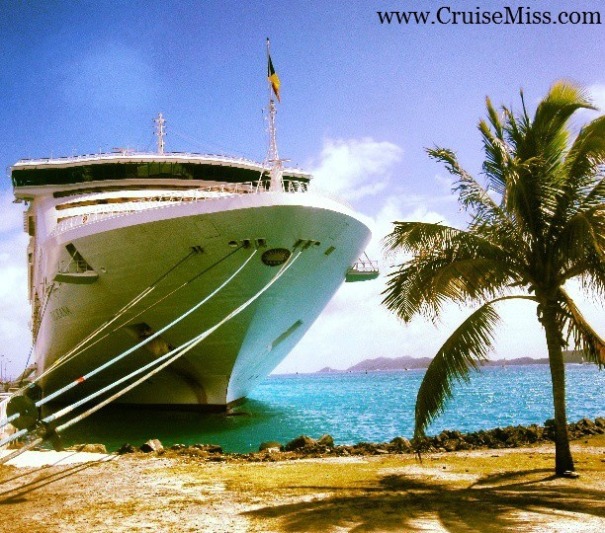 The ship I am joining in a week’s time, Oceana! This image was snapped in Tortola as we were heading for Cane Garden Bay in January 2013. Oh how I LOVED the Caribbean! 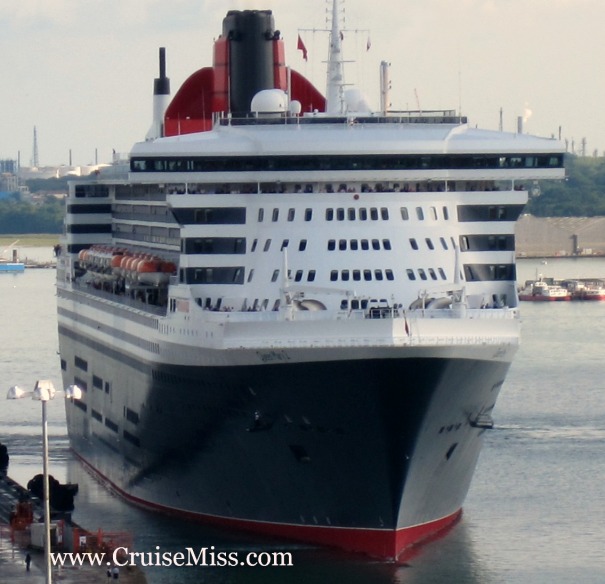 The Queen Mary 2 leaving her berth in Southampton. This was taken in August 2010, I had joined Ventura with my sister for her very first cruise. 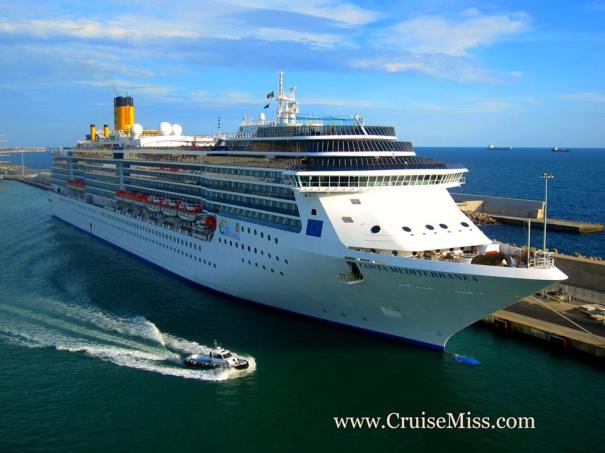 Costa Mediterranea docked in Civitavecchia in June 2013. Not entirely sure what grabs me about this one, but something does!

Independence of the Seas docked in Cadiz, Spain back in November 2011. I like this one because it really gives you an idea of her size, her entire port side is on display and you have to admit she really is an attractive ship. 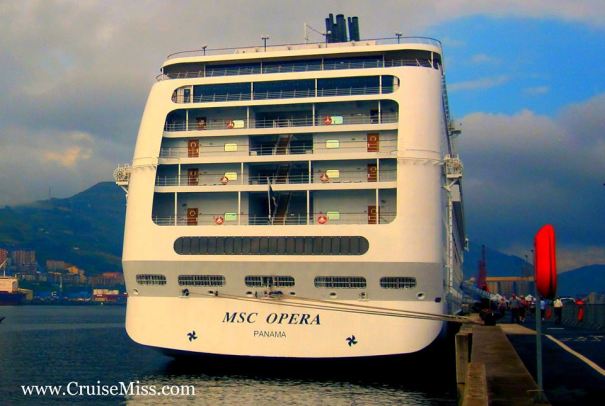 The lovely MSC Opera docked in Bilbao, Spain August 2013. Again, not entirely sure why I like this one so much, I think possibly because of the symmetry and the fact  I had such a good cruise on her this one just brings back happy memories.

My love in all her glory! Ventura at anchor off the coast of Cannes, France August 2010. I don’t think I need to tell you why I heart this image so much, you can see for yourself 🙂 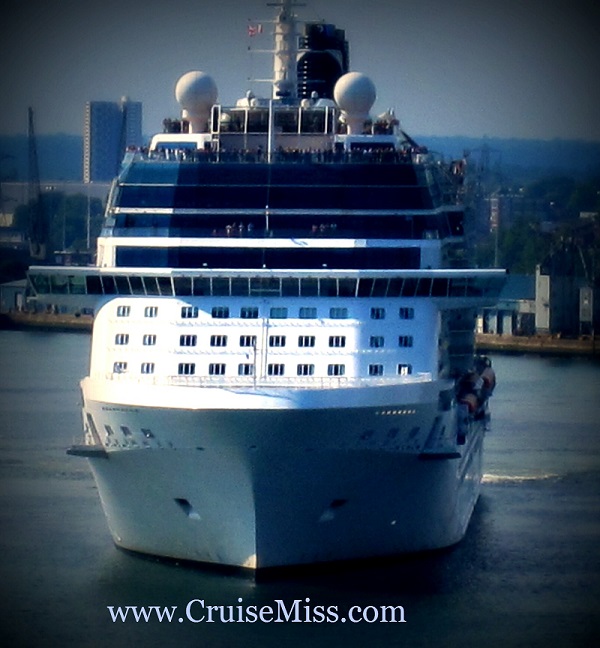 Celebrity Eclipse chasing us out of Southampton in July 2011. Look at the top decks, all the people excited to be heading off on a summer cruise, I was too and again this image just brings back happy memories. It was my friends first cruise and since then we have enjoyed several others. In fact we only really see each other when we cruise! 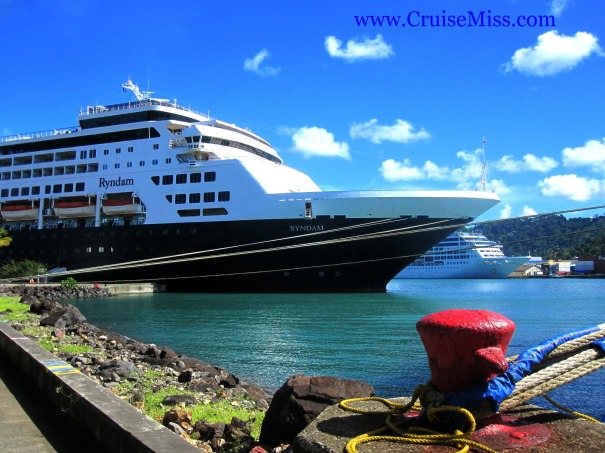 This one was taken in St Lucia in January 2013. I like this one because MS Ryndam is being photo bombed by the little Pacific Princess. Every image I took she too was in, I swear someone kept moving her! 😉

So there you have it. Some of my personal favourites. I do have more MANY more in fact, but maybe I can save those for another blog in the future.

I have hundreds of images on my Facebookpage so feel free to come along and browse!